An Evening with Wendell Potter Q&As from the Chat 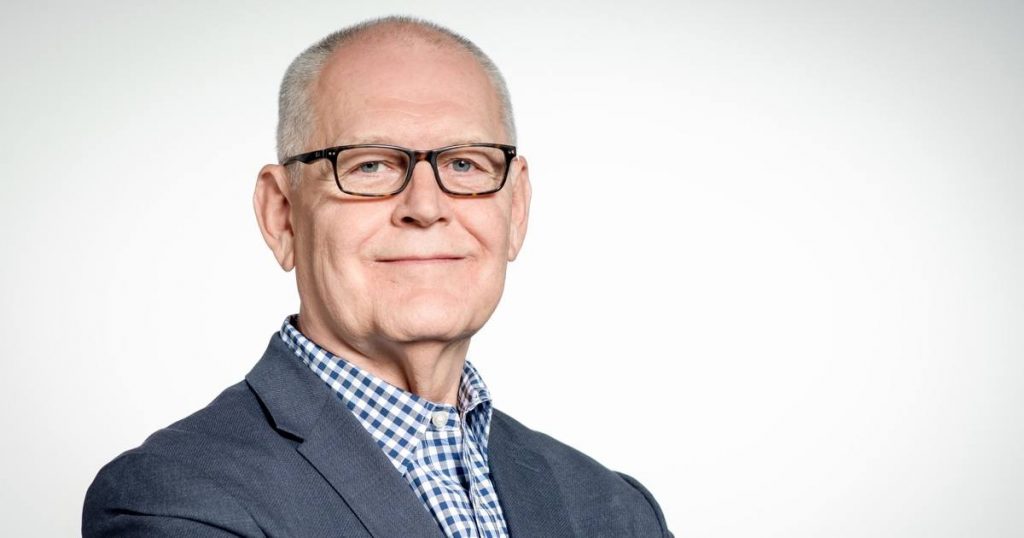 Dawn T.: Is Mr. Potter aware that as of 2018 and continues today, BCBS insurance charges a processing fee to providers (such as with Physical Therapy providers) for processing every traditional MeeiEOB that they process?

This is not negotiable the provider must pay this fee or BCBS will not accept the provider’s contract.  Anne’s response:  This question would need to be forwarded to Mr. Potter for his response to this specific insurance company practice—not sure if it is a Blue Cross Blue Shield requirement or an industry-wide practice.  My thought is that it speaks to the underlying issue that we are trying to explain to the public, to elected, and to providers who we would like to engage on this issue.  Health insurance is a business.  They answer to corporate boards and shareholders if publicly traded, not to patients, policyholders, employers who purchase plans, providers who contract with them for reimbursement, or the public.  This processing fee is an example of the layers and layers of administrative bureaucracy created by the insurance industry either to reduce their costs or increase their own revenue or avoid paying claims.  The way to avoid this practice is to remove the commercial health insurance industry from our health care system.

Jenny F.:   Would like to hear more about re-insurance.  My rep-Angie Craig, D-MN02 supports this and the MN state legislature has approved funding to re-insurance.

This question is regarding the Minnesota Premium Security Plan (MPSP), which provides funding to pay 80% of costs for the most expensive of Minnesota patients who incur medical expenses between $50,000-200,000.  Minnesotans have been paying ever-increasing premiums, deductibles, and co-pays while health insurance corporations are receiving record profits.  For example, during the second quarter (Q2) of 2020, when Covid-19 was rapidly accelerating and hospital budgets were squeezed, hospital employees were furloughed, and having pay cuts, the United Health Group had a record $6.6 billion dollar profit, double their profit from Q2 of 2019.  These corporate health insurers have consistently been opposed to governmental involvement in health care, stating that there should be no “socialism” interfering with the “free market”, yet these insurers hypocritically accept hundreds of millions in taxpayer dollars while experiencing record profits.  The MPSP also reduces Federal funding for Minnesota Care by hundreds of millions of dollars.  Minnesota Care pays for the medical expenses of low-income Minnesotans whose income exceeds the poverty line.  In summary, the MPSP diverts taxpayer dollars to a wasteful corporate health insurance “system” making record profits.  Minnesotans would be better served by a single-payer system like the Minnesota Health Plan or improved Medicare for All, which would guarantee health care to all at a reduced cost.

Mary L.:   What do you think about Medicare Advantage plans? Private insurance within Medicare.

Medicare Advantage plans cost the government more than traditional Medicare and have overhead costs nearly as high as private health insurance.  One estimate showed that Medicare Advantage plans spend only 86% of premiums on medical care and the remaining 14% is allocated to administrative costs and profits.  By comparison, traditional Medicare spends about 98% of its budget on medical care.  Also, Medicare Advantage has more restrictions on care, pushing the sickest patients out of Advantage plans.  Advantage plans upcode the sickness level of enrollees on paper to fraudulently obtain more money from Medicare.  This upcoding lead to a 2020 DOJ lawsuit against Cigna and Anthem,  alleging nearly $2 billion in fraudulent claims from these two companies.  Advantage plans add yet another layer of complexity to our extremely complex healthcare financing “system”.  The administrative burden from this added complexity imposes additional costs on doctors, clinics and hospitals to deal with the increased rules and regulations resulting from Medicare Advantage.  Instead of Medicare Advantage, improved Medicare for All with expanded, guaranteed coverage and no additional cost at the point of service would provide better care to all Americans with less burden on U.S. taxpayers.

Jan P. :   I’ve often used public education as a metaphor for explaining improved and expanded M4A, however sometimes the push back is how many of our public schools are not being funded well and how little teachers make for the incredible hours they put into teaching.  How can we reconcile adequate (fair) funding public education and public health care?

The relentless increase in healthcare costs affects all levels of government, including county and municipal governments. This erosion into the local budget results in the inability of these governments to adequately fund their public schools, including providing teachers the pay that they deserve.  Nearly 20 of U.S. GDP is from healthcare spending, driven mostly by corporate health insurers, pharmaceutical corporations, and hospitals.  M4A can reduce the 30% of administrative waste currently seen in our healthcare financing “system” into the single digits.  Elimination of this waste would ease the budgetary difficulties of local governments and could help to free up funding for schools and teacher pay.  Most of us have benefited from public education, which is a good example of how concern for the “common good” benefits our nation.  However, as taxpayers, we need to hold elected officials more accountable for how our tax dollars are spent and the fairness of our tax system.  Since the 1980s, the wealthiest Americans and large corporations have had large tax reductions, leading to the 400 richest families in America (the top 0.01%) paying a lower tax rate than the bottom 50%.  These tax reductions impact school funding and so many other areas of American life, resulting in the greatest amount of inequality in our nation since the 1920s.

It is sadly true that we underfund our public education system.  What would be different about funding a Medicare for All nationally, or even the MN Health Plan in MN, is the fact that funds received for the system would be “dedicated” funds meaning, similar to Social Security, they would be in a “lockbox” therefore elected officials couldn’t simply decide to take healthcare funds and use them for, say, roads.  Both pieces of legislation lock the funds collected for the healthcare system to be used solely for the healthcare system so they can’t be used for anything else.

Al K.: Would improved Medicare for All require us to purchase a medicare supplement insurance policy as we do now?

No. The current Medicare program is an 80/20 “plan”, meaning Medicare covers 80% of the cost requiring the individual patient to cover the other 20% which is why Medicare recipients purchase supplemental or “gap” insurance because 20% of healthcare costs.  Because 20% of healthcare costs are still far more than the vast majority of patients can afford, HR 1976, the Medicare for All Act of 2021 covers all medically necessary costs at 100% (and is expanded to add dental, vision, and long term care) thereby rendering the need for supplemental health insurance unnecessary.

Jerry W. : What benefit does the Health insurance industry provide that is worth keeping?

No, insurance provides no benefit within a healthcare system.

I would refer you to a position paper put out by the AMA called “2021 and Beyond:  AMA’s Plan to Cover the Uninsured”.  I am not aware of any efforts by the AMA to put pressure directly on (individual) health insurance companies.  If you read Elizabeth Rosenthal’s book, An American Sickness, you learn that the AMA has a very well-funded lobbying arm with which to influence members of Congress.  The American Medical Association historically has favored private health insurance over public programs although they are well aware that the profession and our health care system would not survive without public programs filling the gaps left by our employment-based model.  Interestingly, a review of the AMA position paper shows that they favor significant expansion of taxpayer-funded programs to cover the uninsured.  They have long believed that the interests of their members were best served by the higher reimbursement rates provided by private insurance plans but many physicians are increasingly dissatisfied with the intrusiveness and administrative costs of dealing with multiple insurance plans in order to get paid.  The general approach of the AMA has been to lobby Congress for premium support (since the ACA) to purchase private insurance and attempts to call out industry practices that lean toward anticompetitive “market” practices.  The AMA was a member and contributor to the Partnership for America’s Health Care Future (PAHCF), a lobbying group set up to oppose Medicare for All, but recently withdrew its membership.  That doesn’t mean that the organization doesn’t still support the goals of the “Partnership” behind the scenes.  It should be noted that the AMA represents a minority of practicing physicians

Najaha M.: Would private practice and self-pay payment systems be an advantage?

On the question of self-pay payment systems, in my opinion, no, especially in the absence of any standardized fee schedules or prices, which can only be achieved with a big customer like the government.  Most people need the help of insurance to spread the risk of unexpected or unsustainably high medical bills, but that insurance does not have to be private or commercial insurance.  We can set up a public insurance system for universal coverage which would provide for the broadest possible risk pool to prevent a financial burden from falling too heavily on individuals, families, small businesses, farmers, etc.  On the question of private practice—traditional private physician practices would fare better under a Medicare for All or a state-based payment system as they would have a choice of charging fees or collecting salaries from the publicly funded system.  If Najaha is asking about “concierge practices” that

charge a set price per month for what they advertise as “unlimited access” to their physician, this generally only works if the contracted individuals are healthy and need little other than routine or preventive care.  My belief about these concierge plans is that they would fail if a significant portion of their patients needed complex/chronic care and would be shifted to public programs at public expense as costs to the practice started to rise.